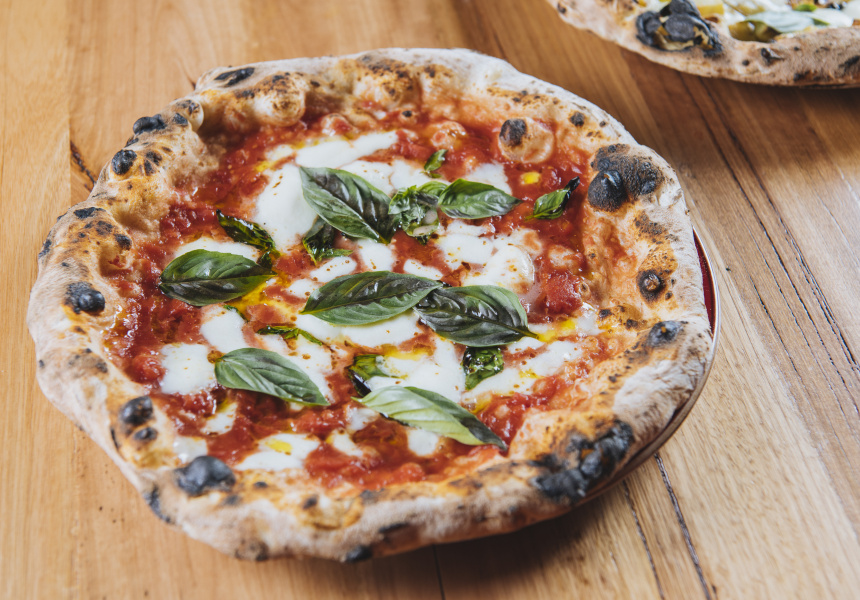 For Francesco Stella, opening a pizza shop was always part of the game plan. With his family history in pizza, it seemed like the next logical play.

Like his Italian heritage, soccer is in his blood. Stella currently plays for Port Melbourne SC. Before that, he was an attacking midfielder for local international clubs including Glasgow Rangers, Siena FC, Sisaket FC, Melbourne Victory and Central Coast Mariners.

“With my soccer taking me everywhere I never really got the chance to settle down in the one spot … I thought football wasn’t something that could last forever and so I set this up as something to fall back on,” Stella says. “Pizza gets people together. At home I have a pizza oven. I always invite friends and family over, even when I was in Italy with teammates.”

The name Classe 90 is an Italian term for soccer players born in the ’90s (Stella was born in 1991). True to the theme, Serie A – a radio show dedicated to every aspect of Italian football – can often be heard over the crackle of the wood-fired oven and the Italian banter.

The restaurant is located at Centreway in East Keilor, a shopping village surrounding Centreway Park – the home of Moonee Valley’s annual Mediterranean Fiesta and nearby the site of the first JB Hi-Fi store, founded in 1974.

Stella grew up in the area and says previously there was nothing like Classe 90 close by, and you’d have to travel to Carlton or the city for a good pizza.

Architect Mario Di Natale, Stella’s family friend, helped turn the former catering kitchen into a restaurant. A distinct feature is the wood-fired oven, coated in terracotta-red mosaic tiles, with the restaurant’s name in black. It took four days to stick all the tiles down. An exposed brick courtyard with pitched roof and wooden beams doubles as a 60-seat dining area and function space.

Classe 90 uses Caputo flour from Naples for its thin-crust pizza bases. The dough is left to rest for a minimum of 24 hours, depending on the weather.

The pizza line-up includes margherita, marinara, ortolana, the token San Daniele and the squad’s newest addition, La Mediterranea – with all the colours and flavours of the Mediterranean coastline.

Along with the 14 other pizzas on the menu and a rotating pizza special, Stella prides himself on his fried pizza dough. The pizzette fritte entrée is four servings of fried dough topped with buffalo mozzarella and thinly sliced prosciutto. For dessert, it’s a bowl of 20-cent-piece-sized dough balls coated in Nutella, strawberries and nuts.

The majority of the products used are imported from Italy. Suppliers include Sapori International, Basile Imports and Genobile Brothers. Wines come from Enoteca Sileno in Carlton, and Caffe Trombetta beans are used in a variety of coffee-based drinks, including the crema di caffe – a coffee slushie.

On Tuesday nights, Classe 90 slings $14 pizza for those who dine in. Sundays from 5pm to 7pm, grab a margherita and a spritz for $20.

“We want people to come eat together,” Stella says. “In my opinion it’s the best way to enjoy pizza.”