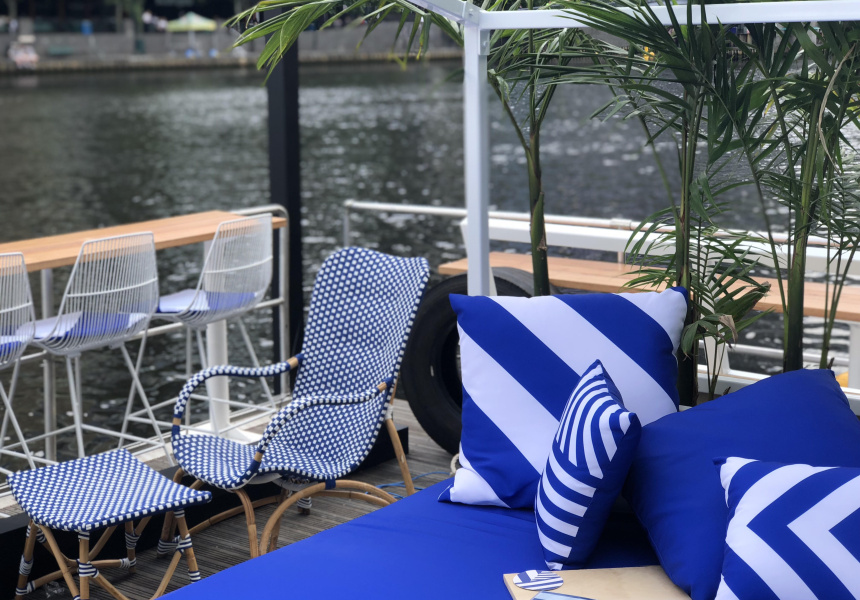 The only thing better than a sun-drenched summer drinks session by the water is one where you’re actually on the water. For those who can’t hop on a yacht this summer, there’s Arbory Afloat – the Yarra’s resident pop-up pontoon bar, which opens Saturday.

The menu, by Arbory executive chef Nick Bennett, also channels a holiday in some European riviera, with oysters and platters of antipasto or seafood alongside San Daniele prosciutto-wrapped melon, beef carpaccio, lobster spaghetti and several pizzas.

For something sweet, Pidapipo Gelateria is slinging gelato in cups or brioche bun sandwiches.

Arbory Afloat is located on the Yarra River in front of Arbory Bar & Eatery on Flinders Walk. The bar will stay open until February 2018, seven days a week, including Christmas Day and New Year’s Day. Opening hours are 11am to 1am.