For many travellers, the idea of day spas, yoga retreats and zen gardens are the ultimate fantasy. On the other end of the scale sits those looking for a little more excitement. Adventure travel is an experience-collectors dream; so we’ve compiled a guide of the best activities to turn your stay into a mini escapade.

Turn your stay into a mini adventure with these great activities. Start planning your best adventure getaway today!

Drift Snorkel in a Rainforest in Mossman River, Queensland

Travel a short trip inland from Port Douglas and find a truly hidden gem. Mossman Gorge is a refreshing retreat amongst the hot tropics of North Queensland.

As you drift down the stream through the ancient rainforest, fish will briskly dart around river stones and if you’re lucky enough; you might spot a turtle! The clear water flows south of the Daintree, encapsulating the lush rainforest. The tranquillity of the region is mesmerising and the cool surroundings provide a great place to relax and unwind. As one of the locations used for Tom Hanks and Steven Spielberg’s series The Pacific, Mossman River is a great mini adventure to ease the kids into snorkelling or just a change of scenery from the talents of the reef.

For snorkelling with a difference; head to Mossman River on your next adventurous escape.

Where there are seals, there are sharks, and this is much the case for the surrounding ocean of Neptune Island, just off Port Lincoln, South Australia. It is one of the best places in the world to confront your most primal fears.

Brave divers are lowered into the water in a cage, where they can observe these creatures of the deep for up to an hour. It takes those with a serious taste for adventure to dive into the depths of shark-infested waters but perfect for those ticking-off the travel bucket list!

Some operators use berley to attract sharks, others use audio vibrations, but whatever you do, don’t let any limbs hang out the cage! This is a once in a lifetime opportunity to view Great White Sharks in the flesh.

Raft the Franklin River in Tasmania

The Franklin River is one of the world’s few remaining untamed rivers, with many now tapped for hydroelectricity or irrigation.

It is a white water rafting adventure waiting to happen for adrenaline junkies. Forging through the rugged south west of Tasmania, the river passes deep gorges, quiet pools and a magnificent temperate rainforest. The raft ride is located in the World Heritage listed Franklin-Gordon Wild Rivers National Park. This is not an experience for the faint-hearted!

Enjoy the unspoiled wilderness by cupping and drinking the fresh water straight from the river before spiralling into an intense thrill ride. The rumbling rapids have been individually named to invoke that true sense of adventure. You may be divided by the Thunderrush, flipped by the Jaw Breaker, defeated by The Cauldron or more valiantly, come out on top against all three.

Paddle Through Noosa Everglades in Queensland

Enjoy a sense of calm as you journey through the mysterious and peaceful mirrored waters of the Noosa Everglades. Hidden within the Cooloola section of the Great Sandy National Park, the Everglades are a tropical wetland and one of only two everglades systems in the world.

The gorgeous landscape is mirrored in the waters reflection allowing you to truly immerse yourself in the location. The reward, after some spirited paddling comes in the shape of Fig Tree Creek campground. Stop here for lunch to take in all that nature has to offer from birdlife (more than 40% of the countries bird species) to the grass and tree-lined banks.

North of Perth and boasting some of Western Australia’s best beaches, Ningaloo Reef holds the world’s biggest fish congregation. Whale sharks gather at this World Heritage-listed site every year from March to August in search of mass plankton to feed on.

The fringe of the reef rests just metres from the shore line so you can snorkel straight off the beach.

The 18 metre-long whale sharks are nothing to be afraid of; these gentle giants will ensure that you’ll have a whale of a time!

Float above Canberra’s unique city design of geometric shapes and natural vegetation to enjoy a magical display of dawning sunrise. The gentle flight takes off at dawn and will give you a whole new perspective on the beauty and thoughtful planning of the Nation’s Capital.

Lean over the edge of the secure (we promise!) basket and indulge in the breathtaking views of Parliament house and the blend of historical and modern architecture. Paired with a glass of bubbly upon landing, your experience will be nothing shy of extraordinary. You will be coming back for more, as long as you’re not afraid of heights!

The 600-metre Tree Top Walk is based on the theme of the lost era of Gondwana, an ancient supercontinent that included most of the landmasses in todays Southern Hemisphere. Known as the Ancient Empire, the boardwalk is designed as an interpretive experience to explore the history and grandeur of the old trees.

Located in the heart of the Valley of the Giants, the majestic views are thanks to the internationally recognised nature-based tourism attraction. The walk leads to the Giant Tingle Tree, a huge fire-hollowed red tingle tree. Then, venture to the Circular Pool for a raging river resembling a frothy coffee in winter, or a tranquil pool in summer.

The path is suitable for children of all ages including wheelchairs and strollers, so it’s the perfect attraction for your next getaway to Denmark in Western Australia. 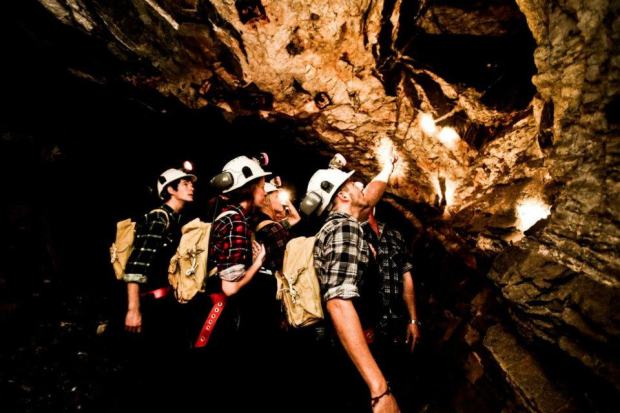 Hidden 61 metres below the surface lays the underground tunnels of a real gold mine that operated during the gold rush boom of the 1900s.

Located in the historical gold rush town of Bendigo, north west of Melbourne the Gold Mines adventure makes for a great day trip or an addition to your weekend getaway.

For those looking for a little more exhilaration, the Nine Levels of Darkness tour (228 metres underground) is Australia’s deepest underground mine tour. There you will be guided through authentic mining tunnels, learn how to operate a Mine Drill, climb down parts of the mine shaft using the ladder way and finish your trek with a traditional Miner’s lunch served underground.

Don’t forget to pack a sense of adventure and a thick pair of socks!

Wade With Platypus at Healesville Sanctuary in Victoria 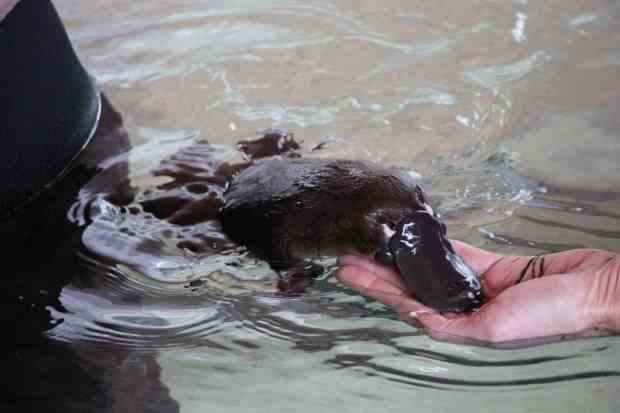 Nestled outside bustling Melbourne is the magic of the Healesville Sanctuary; a bushland haven for Australian wildlife. Step into the shallow water of the platypus play pool and get up close and personal with this unique Australian mammal.

You will have the opportunity to partake in the hands-on experience of being a platypus keeper, to play, frolic, tickle and feed the incredibly playful and affectionate animals.

As a world-first animal experience, you will be one of the few to be one on one with this Australian mammal.

This is an intimate experience with a maximum of two people per group session so bookings are essential. 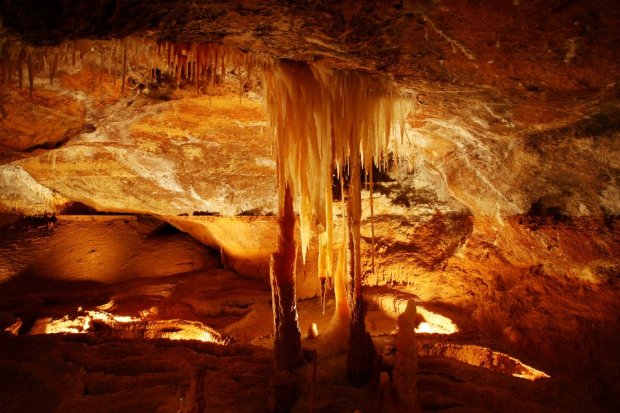 Now recognised as the world’s oldest (340 million years!), Jenolan caves were once hidden and remote. More than 400 caves have since been discovered at Jenolan since 1830 and are the subject of continuous exploration.

Travel above ground through spectacular formations, such as Carlotta’s Arch a geological wonder made of limestone with birds-eye views of the Blue Lake and Jenolan River. Look out for shy native wildlife like wallabies and platypus as you stroll along the bush tracks.

Although in spite of the beauty above ground, the main reason that people flock to Jenolan is below ground. The caves vary in design, some richly draped with colourful formations, others with great acoustics adorned with haunting beauty.

The Lucas cave hosts the Cathedral Chamber, one of the widest and highest at Jenolan. The Temple of Baal cave offers one of the world’s largest cave shawls and the Imperial cave is for those less mobile, with fewest stairs. The 2-hour Plughole Adventure Tour will involve abseiling, squeezing and climbing through the dark, awe-inspiring caves with a headlight to guide the way.

For the daring, the Legends, Mysteries and Ghost tours will make you shiver to tales of the unexplained or if you prefer exploring at your own pace, the Nettle cave offers a multilingual digital audio tour.